Nepal Flights - getting to and around Nepal by air

The first rule of flying in Nepal is get a window seat – there are few better views you can have from a plane than looking out over the mighty Himalayas.

If you’re flying internationally, Kathmandu (KTM) will usually be your first port of call. From here, you can reach most regions of the country using domestic airlines – a good idea if you’re on a tight schedule or just prefer to avoid long, winding road journeys.

On 16th May 2022, Nepal’s second international airport was opened – Gautam Buddha International Airport, near Lumbini (the birthplace of Lord Buddha). This is particularly exciting news for anyone looking to follow the Buddhist Circuit through Nepal and northern India.

At present, only Jazeera Airway operate here, flying from their Kuwaiti hub. More airlines are expected to begin flights to and from here in the coming months and years, opening up new possibilities in Nepal travel.

Below is our list of the current and planned international airlines that operate flights into Nepal, along with a list of domestic airlines and routes to help you plan your itinerary.

If you’d like some help with your Nepal travel plans, feel free to get in touch with our team.

The following airlines offer direct flights into Kathmandu (KTM) from various airports around Asia, the Middle-East and Europe. Many of these airlines connect with airports in the Americas, Africa, Oceana and Europe, allowing indirect flight tickets with a stopover.

Flight routes will be added to/from the new Gautam Buddha International Airport (BWA) near Lumbini in the near future, although currently only Jazeera Airways operate a service here, from Kuwait.

Links are included to all airline websites;

Nepal flights from the Middle-east

There are three major domestic airlines operating in Nepal; Nepal Airlines, Buddha Air and Yeti Airlines. Along with a handful of smaller airlines, they offer fast travel to most major Nepali cities, towns and places of interest.

Below is a summary of the flight types, routes and airlines to help you with your planning. If you’d like some help getting your itinerary booked or need some guidance about where to go and what to do, feel free to get in touch and one of our team will help you out.

Medium-sized commercial planes, similar to what you’ll find used for short-haul flight routes all over the world.

Smaller planes designed for manoeuvrability, and able to land and take off from shorter runways. 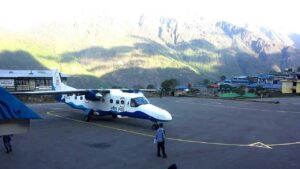 These are direct routes currently operating in Nepal. The most popular routes operate at least once a day, but some of the more remote areas are only reached by air on certain days.

Indirect routes are also bookable, usually with a transit in Kathmandu (e.g. Pokhara to Janakpur) or you may have to stop overnight somewhere on the more unusual routes.

You should aim to be at the airport at least 90mins before your departure time. Domestic flights are often delayed due to weather or other reasons, so you may have to display some patience at times.

If you’re trying to connect with an international flight, it’s wise to leave a good chunk of time between the two, just in case of delays.

Nepal Airlines is the national carrier of Nepal and operates from its base at Tribhuvan International Airport (KTM). The airline runs services to popular destinations including Biratnagar, Pokhara, Lukla, Phaplu, Bhojpur, Lamidanda, Tumlingtar, Dolpo and Jumla, as well as other airstrips.

Buddha Air is also based at Tribhuvan International Airport (KTM) in Kathmandu and flies to destinations throughout Nepal. It has regional service from Pokhara Airport. Buddha Air also announced to operate subsidiary Airline under the name of Yashodhara Air for STOL sector and yet to operate.

Based at Tribhuvan International Airport, Yeti Airlines is the parent company of Tara Air. Combined, and provide access via connecting flights to most of the popular tourist destinations within Nepal. The airline also offers a popular Everest Express flight from Kathmandu to the Everest range.

The airline is based out of Tribhuvan International Airport (KTM) and serves six destinations across three provinces of Nepal. The airline became the second airline in Nepal after Cosmic Air to have a jet engine aircraft on its domestic routes.

The airline is based out of Tribhuvan International Airport (KTM), operating domestic scheduled flights to four destinations in Nepal.

Based at Tribhuvan International Airport, Nepalgunj and Pokhara Airport, Tara Airlines flies to many remote domestic destinations of Nepal.

Guna Airlines is a Nepalise airline, operating domestic scheduled flights from its base at Tribhuvan International Airport.

Sita Air Pvt. Ltd. was established in October 2000 and started its first commercial flight in 6 February 2003 with German built Dornier DO-228 aircraft based on Tribhuvan International Airport, Pokhara and Nepalgunj Airport. It is mostly known for regular STOL flights to the remote mountain location of Nepal catering to visiting international tourists as well as locals.

Summit Air   started schedule operation after introduction of factory new LET 410 UVPE-20 STOL aircraft on October 2014‚ from its Kathmandu, Nepalgunj and Pokhara base.

All information is correct at the time of writing, and we’ll be updating with this page with any significant changes.

If the idea of arranging this all yourself seems a little daunting, you can get in touch and someone from our team can help you plan your trip. 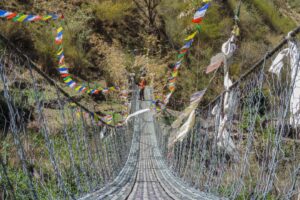 Where to go in Nepal 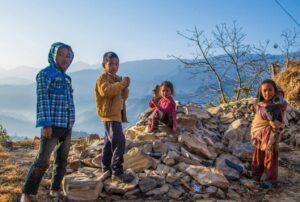 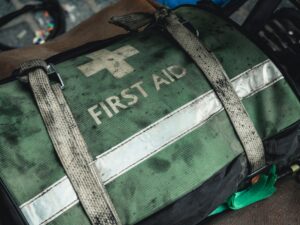 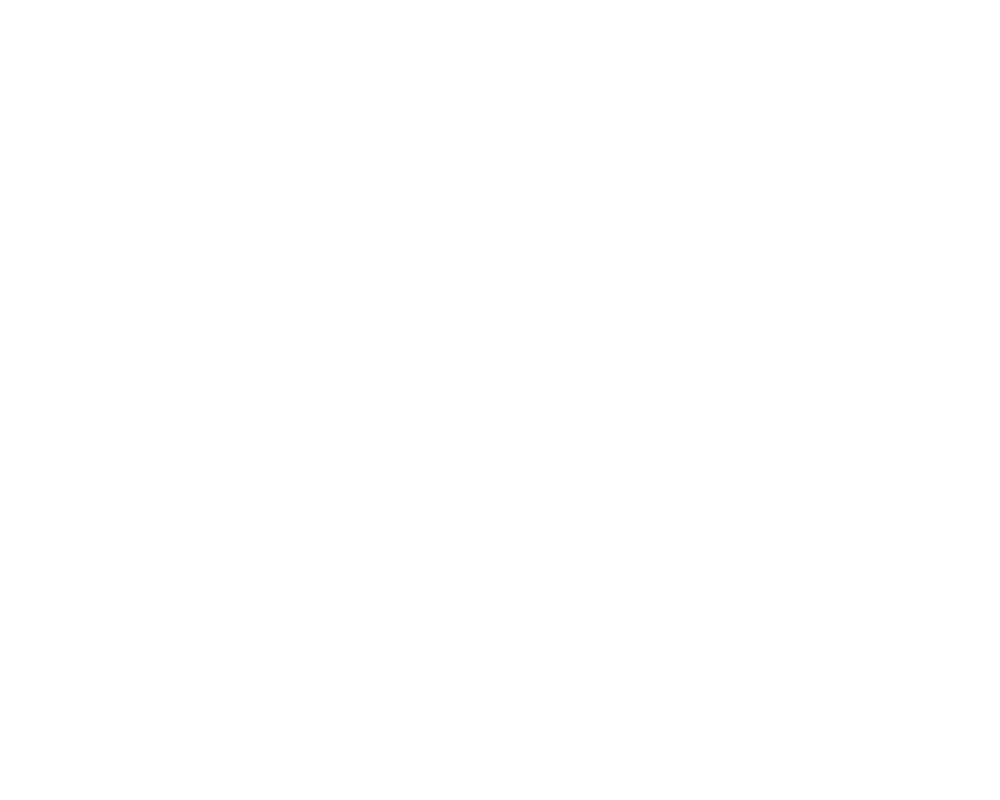 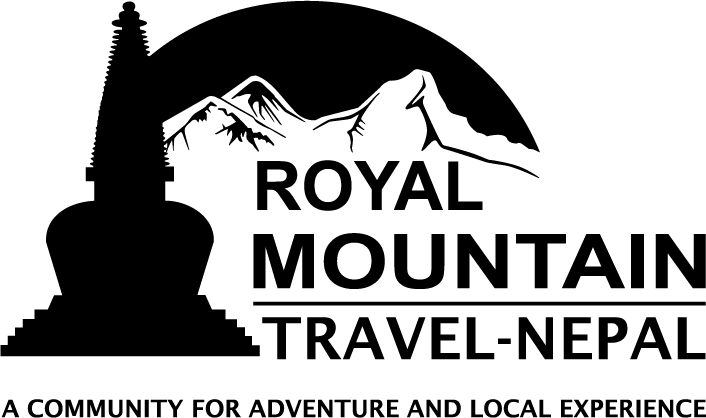